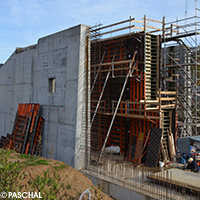 A passage channel structure is currently being created with the LOGO.3 formwork system from PASCHAL.

The variable formwork system LOGO.3 from Paschal is currently in use for building the ecological passage channel structure for the flood-control reservoir above the municipalities of Welschensteinach and Steinach.
Thanks to the comprehensive assortment of panels in the LOGO.3 range, all the structures for the passage channel can be built with just one system, the LOGO.3.
Horizontally arranged LOGO.3 formwork panels were used for shuttering the impressive 80-cm-thick base plate with its stepping in both a transverse and longitudinal direction.

The huge, solid outlet works for flood retention is made up of two enclosing walls on the right and left and a central wall.
The three reinforced concrete wall sections are built on the 80-cm-thick base plate. In order to hold back the outflowing water volumes, the foundation plate is stepped in the transverse direction and thus functions as a stilling basin. 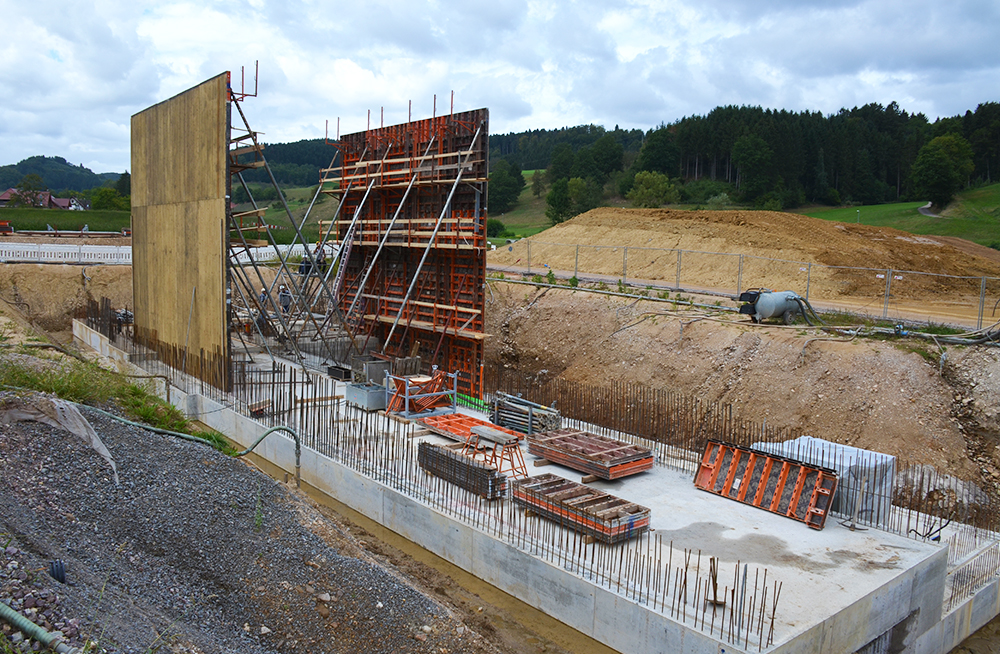 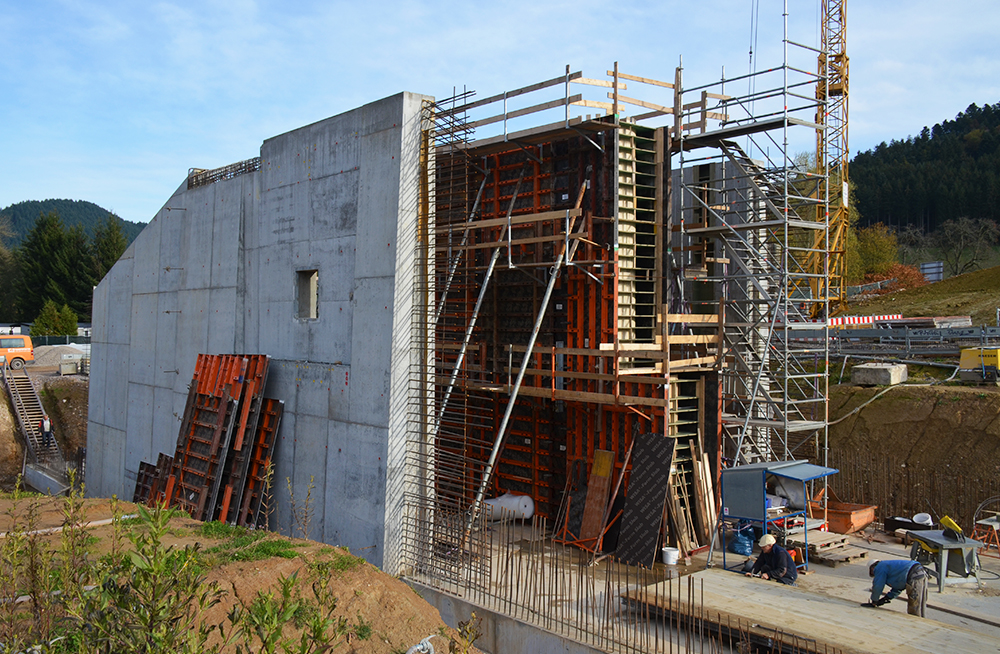 360 m² of LOGO.3 are planned for the creation of the entire outlet structure with a stated length of 39.50 m.

The central wall measuring 12.75 m in length and heights of between 8.70 and 8.95 m, resulting from the base plate recess, has a continuous wall thickness of 1.60 m.
Forming is performed in one go as per the formwork planning from PASCHAL which was prepared for Arge HRB Steinach (made up of Vogel-Bau GmbH and Meurer-Bau GmbH & Co. KG from Lahr).

Structural characteristics of the two outer walls: inclined on the outside with different wall heights in the longitudinal direction and a stepped base plate.

The surrounding walls present numerous challenges both in terms of forming and design. On the exterior, the two surrounding walls have a vertical inclination of 2.87°. They also vary in size from their base which measures 65.3 cm to 70 cm at the top of the wall in the central wall section and to 40 cm on the inclined wall sections. The maximum wall height is 10.25 m above the base plate.
The inside, i.e., the side which holds back the water volumes during controlled overflow is planned as vertical. As such, the outer and inner formwork must be installed and aligned exactly as per the formwork planning so that the tie points for the sloped tie rods match up.

Viewed from a longitudinal direction, the outer walls are made up of a central element with a horizontal wall ending and two sloped wall sections. The formwork plan illustrates the concreting cycles which will all be carried out with the wall formwork system LOGO.3.
LOGO.3 has already more than proven its worth in similar projects as it can be ideally combined with the LOGO platform brackets cpl. in order to create safe and convenient working areas at the respective heights without having to rent or set up substructures or special constructions. The platforms are simply suspended in the openings of the LOGO.3 frame structure. The different sections in the formwork drawing illustrate the variable height positioning of the necessary working levels. 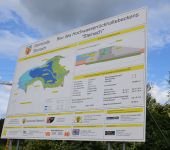 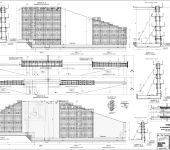 The base plate with multiple offsets has already been formed using the LOGO.3 system and the wall structures rising up from this are also to be shuttered using this system. 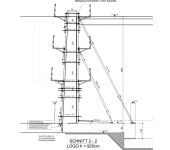 The detail "Section 2 – 2" shows the buoyancy control. This is required to counteract the fresh concrete pressure in the formwork inclined on one side.
« Current News
Share on: