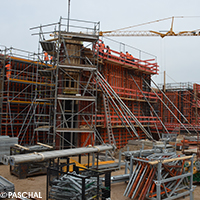 Efficient formwork and shoring solution for the rural road bridges at the south portal of the Rastatt Tunnel over the Rhine Valley Railway and the new Karlsruhe-Basel line.

The Rhine Valley Railway between Karlsruhe and Basel is more than 170 years old. Around 300 local, long-distance and freight trains use it on a daily basis. That is more than the tracks can handle. For that reason, Deutsche Bahn is the line and building two additional tracks. This creates room for more local traffic and cargo transport. Long-distance travellers will also benefit: They will be saving up to half an hour of travel time.
Above all, the expansion and newly built section of the Karlsruhe-Basel line will ease the load on the existing Rhine Valley Railway. This is how Deutsche Bahn is reacting to the steadily growing volume of rail traffic. It will free up more leeway for train timetable, which will benefit both local and long-distance transport. Passenger and freight trains traveling at different speeds no longer have to share the same track. This will prevent delays due to slow-moving trains in future. The new line will enable travel at higher speeds – up to 250 kilometres an hour in long-distance transport. This makes the trip from Karlsruhe to Basel around half an hour shorter – only about 70 minutes!

Deutsche Bahn is pursuing two goals by building the new section and expanding the line: 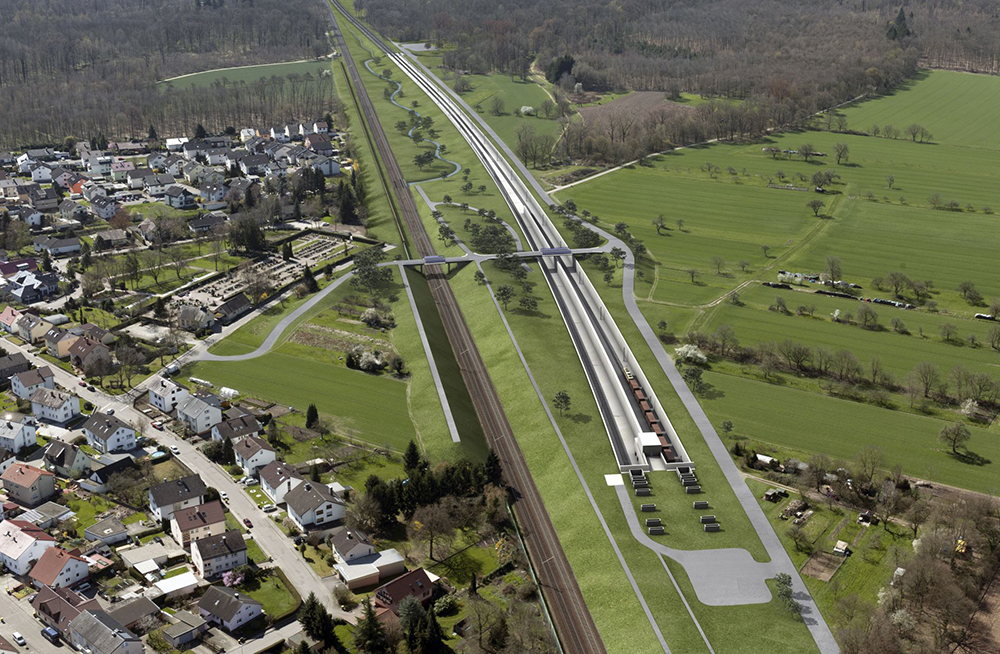 Two new bridges create the important connection between Hans-Thoma-Straße in Niederbühl and the rural roads west of the tunnel.
Source: DB Netz AG

On behalf of DB, SCHLEITH GmbH Baugesellschaft, a regular customer of PASCHAL, is building the new line and the bridges over the Rhine Valley Railway in Rastatt-Niederbühl. These bridges provide an important service between Hans-Thoma-Straße in Niederbühl and the rural roads west of the tunnel.
The construction work for the bridge (approx. 440 meters long including ramps) started in November 2021 and should be finished in June 2023.

SCHLEITH GmbH Baugesellschaft won the tender and is also making use of formwork and shoring systems from PASCHAL in this civil engineering project, as well as their own expertise in formwork planning. SCHLEITH GmbH and PASCHAL coordinated on this in such detail that they will be reusing as many formwork and shoring units as possible. Around 800m³ of concrete is to be placed for the four abutments, each consisting of abutment base, chamber wall and wing walls.
Thanks to efficient formwork planning, only approx. 900m² of LOGO.3 wall formwork and 330 m² of TTR circular formwork are needed to pour the approx. 800m³ of concrete.
The formwork for two entire abutments was provided on site. With the necessary additions, it was used for the next two abutments.
The construction company used GASS supports with aluminium beams to support the sloping undersides of the wing walls. 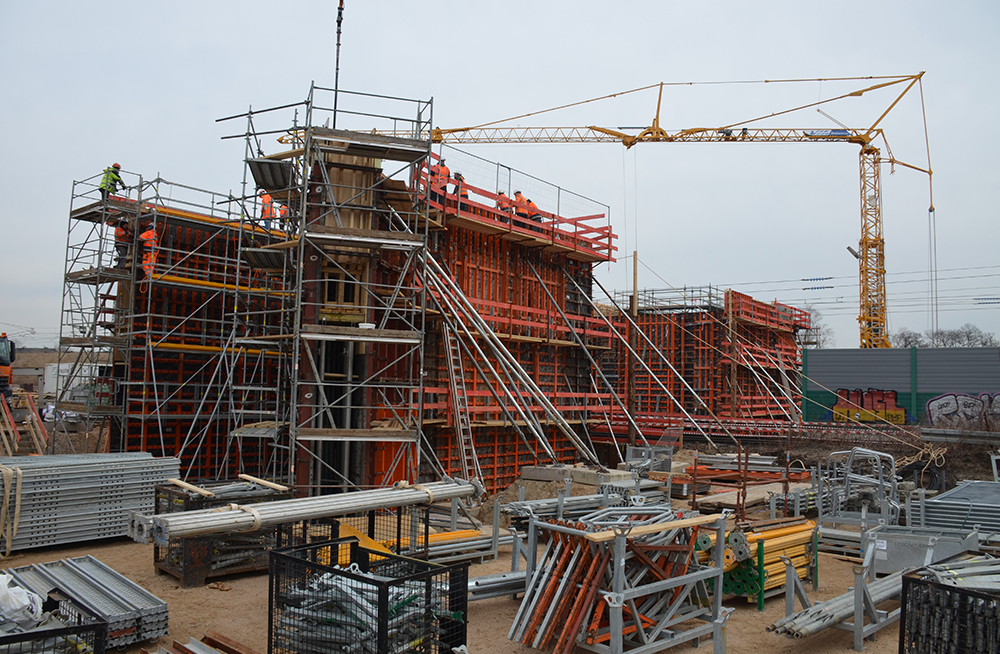 All heights of LOGO.3 wall formwork and TTR circular trapezoidal girder formwork are required, depending on the geometry of the abutments. The wing walls transitioning from straight to round are created by combining the LOGO.3 with the TTR. The combi clamp serves as a universal connecting piece.
As a service for the construction company, the TTR formwork was delivered to the construction site rounded and prepared for initial use.

One abutment in two stages

In stage 1, the abutment base and the wing walls are built together for each abutment. The chamber wall then follows in stage 2. KBK platforms are used as the support surface of the formwork for the chamber walls.
All outward-facing formwork is fitted with rough-hewn board inserts. 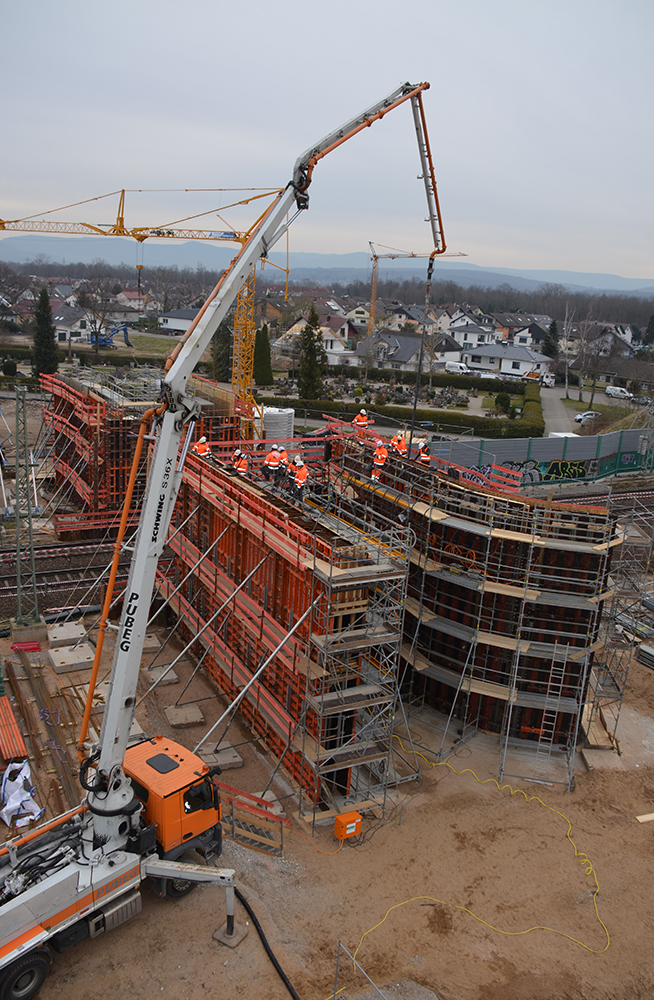